One of the big problems we encountered during this trip is that there has been very little snow this Spring in Sisimiut. 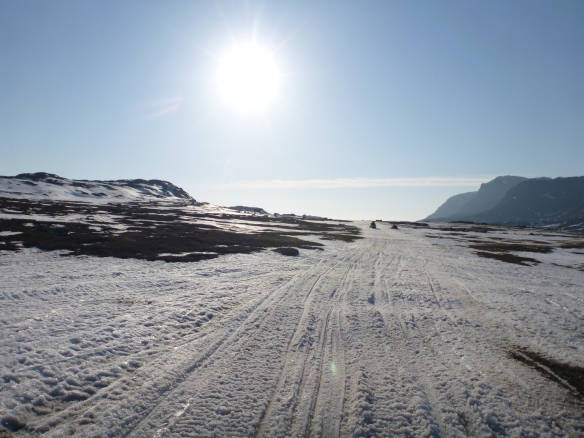 We were very fortunate that there were a few days of heavy snowfall around the time that we arrived, which meant we could drive snowmobiles from the town to access some of the lake sites that we wanted to (AT1 and AT2).  However, one of our target sites, AT7 proved completely inaccessible either by snowmobile (too little snow on the low ground) or by foot (too much snow up high).

We tried to core an alternative site up in the mountains (AT3), but at 24m deep, this lake was a little deeper than we really wanted for the project and at the limits of what our coring gear could handle.  We took some exploratory cores, but they were not promising, possibly because we could not access the deeper depositional part of the basin.

Here is the team taking the exploratory Russian core on lake AT3.

So we decided to stick to the original plan, and will now core lake AT7 in the summer.

On a more positive note though, we did successfully core two lakes, taking Holocene sequences (over 2m long) using a Russian corer and using a short kajak corer to retrieve the upper less consolidated sediments.

Here are the parts of the Russian corer- the rods are assembled together as it is lowered down and the barrel cuts out a semi-circular sediment core when it is turned. 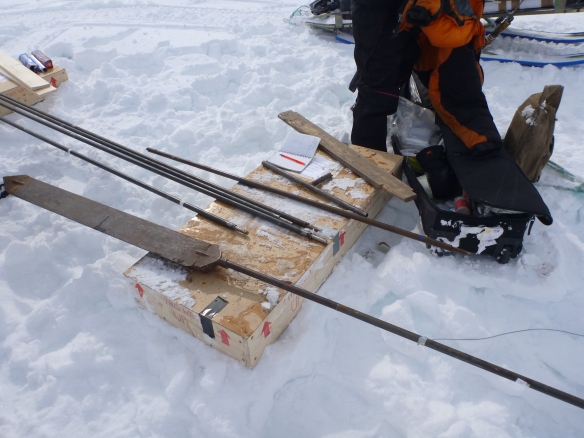 This is what the mud looks like when it comes up.

There are some grey bands of clay-like material that probably represent periods of past catchment erosion. It is possible to make out layers in the sediment, showing that it is preserving the record of change in this region very well, with minimal mixing.

Here John & James are taking a short kajak core to sample the upper sediments. James drew the short straw and ended up being the one who had to put his hand under the water to bung the bottom of the core when it came up. 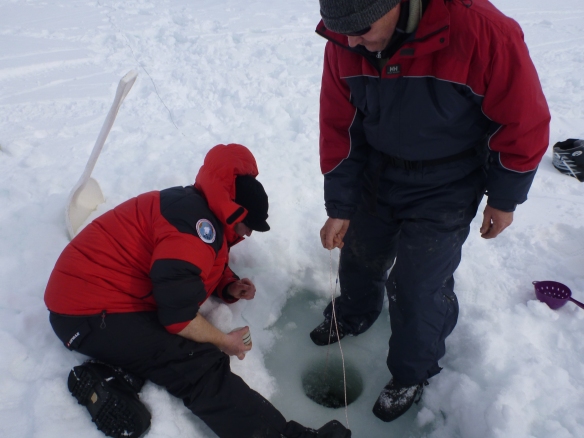 But he was clearly very proud of the results. 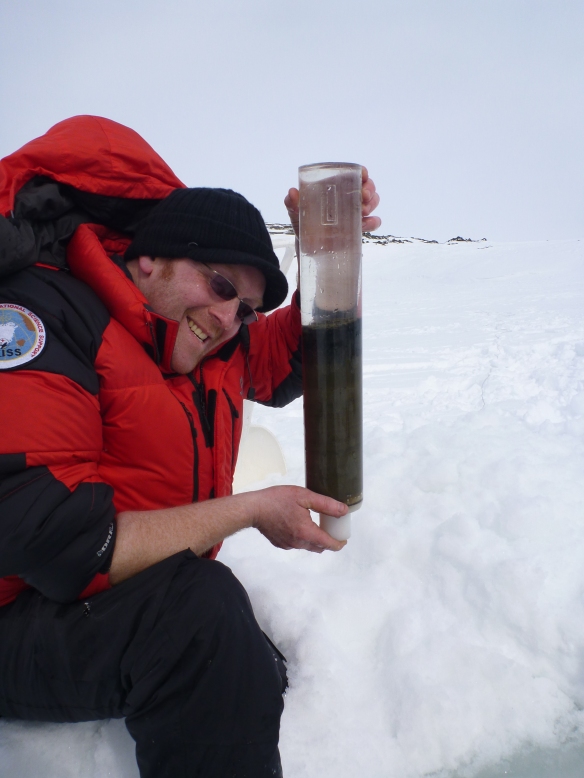 Here we are arriving back at the edge of the town, where the huskies live with our haul of mud.