From Ilulissat, we boarded the Disko Line ferry bright (sort of) and early at 6:30 am yesterday (30th) morning before setting off at 7. The route took 4 and a half hours and, while it was chilly, we were really rather fortunate with the weather and we even got a sunny interval or two! We, unlike most of our fellow passengers, managed to remain on deck for the vast majority of the journey. There was of course good reason for this; we were amongst an iceberg dominated landscape across Disko Bay before approaching the island where mountains began to tower ahead.

We arrived into the harbour at Disko Island (known as Qeqertarsuaq in Greenlandic) at 11:30 and were picked up by Ole, the logistics manager at the University of Copenhagen’s Arktisk Station, where we shall be staying until the 9th August (except when we’re camping out in the field). The station is about a kilometre from the harbour and just outside the small town. Ole took us for tea in the library where we remained for some time and chatted about the station, the research project, and many other things.

After tea, we joined everyone for an amazing seafood buffet prepared for some very special visitors to the station. It was here that we were able to meet many of the other postgraduate researchers currently staying at the station. A short walk into town (via the puppies!) followed lunch and we bought some provisions for the days ahead. On returning to the station, we were shown our room by Arktisk Station’s manager, Akaaraq. The room is superb and has fantastic views out into Disko Bay where the icebergs slowly float by our window. In the evening, we went on a short walk around the town before returning station for some rest.

Today (the 31st), we have remained in the station where, after a small lie-in, we have spent much time preparing for the fieldwork and camping ahead. It’s just as well that our fieldwork is not starting today because the weather is somewhat wet and gloomy! Let’s hope that it improves for the days ahead. 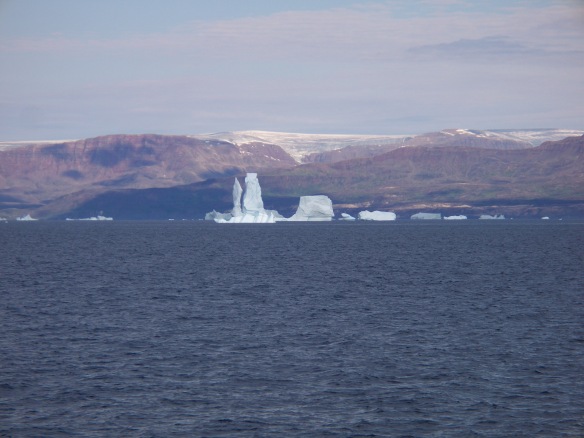